INTERNATIONAL NEWS – The polls also arrive at the supermarket: How much would you pay for a carton of milk? (en anglais)

« Imagine that what they pay per day for work will not compensate the money that is spent by going to the office every day, that what they spend on food or gasoline a month is sup 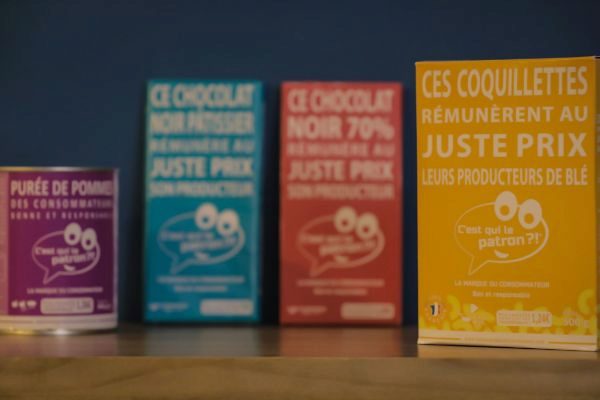 Imagine that what they pay per day for work does not compensate the money that is spent for going to the office every day , that what they spend on food or gasoline per month is higher than their payroll.

This scenario is a reality for most small and medium milk producers in our country. They pay more to maintain the cow and produce every liter of product than the industry gives them for it.

To correct this anomaly (which is called a sale at a loss and which the consumer is probably not aware of when going to the supermarket ) a pioneering initiative in our country is born: the consumer brand, which allows customers to choose what type of milk they want and what price do they want to pay for it?

Something like taking the ballot boxes to supermarkets. « For the first time they give us a voice and a vote to decide what we want to consume and at what price, » says Annaïck Lecqueneux, responsible in Spain for this project that comes from France, where this consumer brand is already sold in supermarkets.

The final price of a product is not decided by the farmer, but it is the final distributor (the supermarket) that fixes it. In the production chain, each party receives a remuneration (the one that packs, the one that sells …), but « the farmer usually receives an average of 32 cents per liter of milk when producing it costs him 39 », points out Andoni García, of the confederation of Coag farmers and ranchers.

Milk is the most obvious example of selling at a loss, but it happens with other products. This initiative was born in France, thanks to the media impact that the story of Regis had, a farmer who worked for a large dairy multinational that paid him less for milk than he had to produce it.

The history of Regis

They ended up in the courts. As a result of its history several farmers were associated, a packer(who previously worked for the industry) and created the brand C’est qui le patron (Who is the boss?).Consumers voted through a questionnaire on a web platform what milk they wanted, their recipe. The most voted one was bottled in its entire, semi and skimmed versions).

It was also the participants who decided how much money the producer deserved for his work.The price of this democratic milk is in the carton, and not in the shelf of the super , as it happens in all the places with the majority of the products that we buy in the stores. The supermarket chains that have wanted to join the project sell it on their shelves.

In France, there are already 500 families in the livestock sector who live thanks to this initiative and eight million consumers buy their milk. The price of a liter of C’est qui le patron is 99 cents. If the consumer a few cents more does not change his life, Regis, one of the farmers that produces it, has saved it.

The multinational company for which he worked paid him 28 cents per liter, compared to 35 cents of production costs. Now it charges 39 cents. «This cardboard has saved my life», he says through a video conference. « We want Spain to recover this dialogue between consumer and producer, which has been lost, » says Lecqueneux.

In Spain two decades ago there were 180,000 milk producers. Today there are 14,000 and every month « close about 70 farms, » denounced in Coag. Some 5,000 people have already voted in Spain what milk they want and at what price. And it has already contacted farmers to produce it. There are companies that want to bottle it and then it can be sold in stores that want to have it on their shelves. »